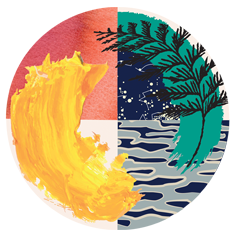 Presenting a free screening of Griefwalker, a lyrical, poetic portrait of Stephen Jenkinson’s work with dying people, followed by a discussion facilitated by Amanda Carr, of Changing The Face Of Dying.

Griefwalker is a National Film Board of Canada feature documentary film, directed by Tim Wilson. Filmed over a twelve year period, Griefwalker shows Jenkinson in teaching sessions with doctors and nurses, in counselling sessions with dying people and their families, and in meditative and often frank exchanges with the film’s director while paddling a birch bark canoe about the origins and consequences of his ideas for how we live and die.

A few of the themes appearing in the film: Where does our culture’s death phobia come from? Is there such a thing as good dying? How is it that grief could be a skill instead of an affliction? Who are the dead to us? How can seeing your life’s end be the beginning of your deep love of being alive?

Stephen Jenkinson has appeared at scores of screenings of Griefwalker across Canada and the U.S. The discussion periods which follow routinely go on for hours. It seems the film detonates a strong desire among people to talk about their experiences of death and grief, and especially to be heard by others. It is clear that a palpable feeling of isolation grows up around people’s encounters with dying in our culture, and the National Film Board and Tim Wilson have done something vital and needed in helping to make the kind of soulful, community building events that Griefwalker screenings have become.

From Amanda Carr:
“Stephen Jenkinson is perhaps described best as unapologetically true: true to the history, to the story, to the reality, to nature, true to many things – and I suspect, unabashedly true to himself. Jenkinson unapologetically calls us to the obligation to come awake into this living before we die, to be aware and participatory in what that should obligate us to in our humanity and to view death as a completion of life not the antithesis or failure thereof and participate in its natural process and the living of it with wisdom, wonder and perhaps a bit of ordinary awe.”

The film is 70 minutes, and the discussion afterward will find its own course and timing. Please join us!

You can also purchase tickets at this event for Stephen and Gregory Hoskins’ Night of Grief and Mystery Tour, coming to Portland on October 10. Bring cash and skip the Eventbrite fees!